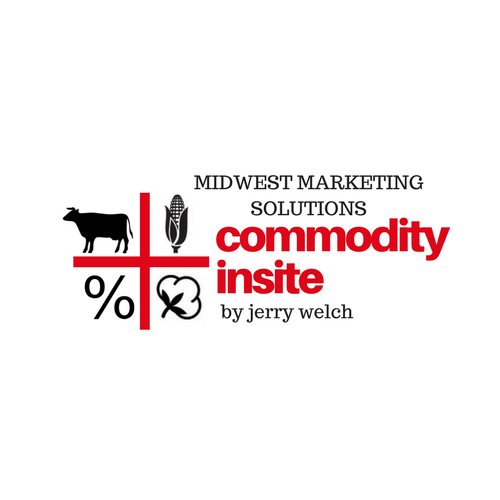 However, when I watch silver rally and fall, duck and dive inflate and deflate I am quick to recall what unfolded in March, 1980 in what is known as Silver Thursday. And from my book, Haunted By Markets in a chapter entitled, Silver Thursday I composted on February 25, 2011 comes the following. I hope you find my ramblings of interest.

The news media was quick this week to discuss the fact that silver prices rallied to a high not seen since March, 1980. What they failed to mention, however, is that silver values are finally above the pivotal levels of March 27, 1980, a trading session referred to as Silver Thursday. It was on that ominous day that panic selling in the silver pits of Chicago spilled over to the stock and all commodity markets, causing both to take an unusually hard shellacking.

But first, some background. In 1973, the Hunt family of Texas was possibly the richest family in the nation. As a hedge against inflation, the two Hunt brothers decided to buy silver because private citizens at the time could not buy gold. In 1979, in partnership with some very well healed Arabs, they formed a silver pool, amassing more than 250 million ounces of silver, approximately half the worlds supply.

Purchasing a silver futures contract in the 1970s, required a margin of roughly, $2000. Thus, a rally from $5 an ounce to $50, represented a $225,000 return on investment. Of course, no one then or now is clever enough to buy the actual low. Or, sell the actual the high of any market. But in theory, buying silver futures on margin in early 1979 could have reaped lifestyle altering profits in less than 12 months.

During 1979 and the opening months of 1980, as silver prices rose into the stratosphere, the media was touting the bull market on a daily basis. The rally and ensuing news coverage so incensed the Chairman of Tiffany & Co., the world famous jewelry store that he ran a full page ad in the New York Times stating bluntly, We think it is unconscionable for anyone to hoard several billion, yes, billion dollars worth of silver and thus drive the price up so high that others must pay artificially high prices for articles made of silver from baby spoons to tea sets, as well as photographic film and other products."

The historic, euphoric, giddy, lifestyle altering silver bull market finally ended when the New York Metals Market (COMEX) and intervention by the Federal Reserve put an end to the lucrative game. COMEX ruled that no new buying could enter the market and the only trades accepted were for liquidation of long positions. The lack of buying meant there were more sellers than buyers and silver prices began to leak profusely.

The decline with silver prices ultimately triggered a $100 million margin call for the Hunts on March 27, 1980. Because they did not have the funds to meet the call and facing a potential loss of nearly $2 billion, they were forced to dump so many silver contracts onto the market that the price fell from $21.62 to $10.80 an ounce. Silver prices, that one fateful Thursday, fell $54,100 per futures contract.

The horrific decline with silver spilled over to other commodity markets, causing huge losses. The Dow was also impacted, as fears that some Wall Street firms and banks might collapse if the Hunt brothers could not meet their debt obligations. On Silver Thursday, the Dow fell 16 percent.

According to Wikipedia, The Hunts lost over a billion dollars through this incident but the family fortunes survived. However the value of their assets (mainly holdings in oil, sugar and real estate) declined steadily during the 1980s, and their estimated net wealth declined from $5 billion in 1980 to less than $1 billion in 1988. And in 1988, the brothers were found responsible for civil charges of conspiracy to corner the market in silver. This forced the brothers to declare bankruptcy, in one of the biggest such filings in Texas history.

In June of 1982, in the midst of the worst U.S. economy since the Great Depression, silver prices hit a nadir of $4.98 an ounce, down from $50 seen only two years earlier. A 90 percent decline!

Silver Thursday and the events that followed may have been long ago, but I remember them well even though at the time, I was in kindergarten.

Call me at 406 682 5010 if you are interested in my twice a day newsletter Commodity Insite. I have a Special Offer with my book, "Haunted By Markets" included at no cost. It is a heck of a deal!

This material has been prepared by a sales or trading employee or agent of Midwest Market Solutions and is, or is in the nature of, a solicitation. This material is not a research report prepared by Midwest Market Solutionss Research Department. By accepting this communication, you agree that you are an experienced user of the futures markets, capable of making independent trading decisions, and agree that you are not, and will not, rely solely on this communication in making trading decisions.

The risk of loss in trading futures and/or options is substantial and each investor and/or trader must consider whether this is a suitable investment. Past performance, whether actual or indicated by simulated historical tests of strategies, is not indicative of future results. Trading advice is based on information taken from trades and statistical services and other sources that Midwest Market Solutions believes are reliable. We do not guarantee that such information is accurate or complete and it should not be relied upon as such. Trading advice reflects our good faith judgment at a specific time and is subject to change without notice.There is no guarantee that the advice we give will result in profitable trades.